A son of Astarabad from the family of the prolific Graded-winning French chaser Formosa Joana Has, Roseriver Has was trained until recently by Noel Meade in Ireland.

Always highly regarded by previous connections, he was the winner of a Downpatrick bumper on his second racecourse start in August 2017. He was sent hurdling immediately following that success and showed promise from the word go.

On his debut over timber he finished third to the brilliant but ill-fated Fayonagh - winner of the Grade-1 Champion Bumper at the Cheltenham Festival and the Grade-1 Racing Post Champion INH Flat Race at Punchestown - before taking a narrow second at Wexford on his next start. On his third appearance over obstacles Roseriver Has confirmed his significant potential by finishing a close-up third to the subsequently Grade-1 placed chaser Discorama.

He has since gone on to win a mile and a half maiden on the flat, and broke his duck over obstacles with a cosy success in a Downpatrick maiden hurdle in September 2019.

Roseriver Has now embarks on his career in Britain and he looks to be an extremely well-handicapped horse.

Regarding his new recruit Christian commented: “He is a lovely horse with a good win and place ratio bought from Noel Meade. I'm delighted with him and he'll win races this season.” 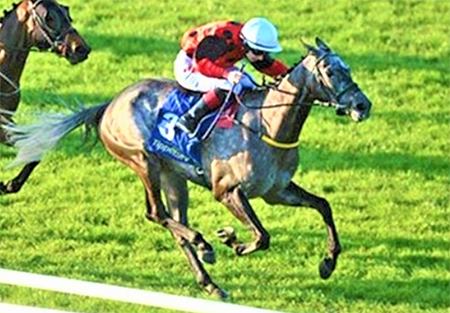